Thank you for your patience while we retrieve your images.

Lisa and Crispin had the most adorable walk down memory lane - and I had the privilege of photographing their afternoon.

We started around the corner from where they had their first date, stopped for a little gelato and coffee on the way, then took a stroll to down the very street they went down to La Jolla Cove. I don't know where to begin on what was my favorite, but it was definitely somewhere between the laughter, goofy faces, and the sweet looks these two couldn't help giving each other as they relived those first dates together. It's been a few years since then, but the memories were fresh on this day.
Love was in the air - as was quite a bit of fun which you can clearly see in every other photo ♥ 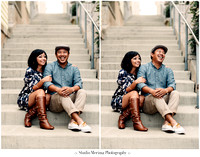 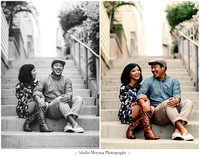